Saskatoon, The Paris of the Prairies

Divided into east and west sides by the South Saskatchewan River, located on the Trans-Canada Yellowhead Highway about 800 km west of Winnipeg, 500 km east of Edmonton, and about 205 km north of Regina on Saskatchewan Highway 11 sits Saskatchewan’s largest city, Saskatoon.

Home of the University of Saskatchewan, the city of Saskatoon has 65 neighborhoods in 9 Suburban Development Areas (SDAs): Core Neighborhood Area in the center with University Heights, Holmwood, Lakewood, Nutana to the east of the river and Confederation, Blairmore, North West Industrial, and Lawson to the west of the river.

The Saskatoon CMA, including Martensville, Warman, and Delisle has a population of around 325,000 and is growing at about 2% per year with roughly 85% of that growth coming from international immigration. The top first-languages of Sasktonians other than English in order are Filipino, German, Mandarin, French, Ukrainian, and Urdu.

Wanuskewin Heritage Park, a National Historic SIte of Canada and nominated to UNESCO the World Heritage List, a gathering place 2.5 km north of the city has nineteen archaeological sites dating across the last six thousand years.

The name Saskatoon comes from the Cree word for the Saskatoon berry that is common in the area. Originally founded in 1882 by the Temperance Colonization Society from Ontario as a utopian, alcohol-free agricultural colony, the lack of a railroad, difficulty navigating the South Saskatchewan river, and the Northwest Rebellion of 1885, limited settlers to less than 100 by 1891. With the railroad arriving in 1890, the settlements amalgamating to form a city, and expectations of more civic development, Saskatoon became the fastest growing city in Canada by 1906.

Grains, pulses, livestock, oil and gas, potash, uranium, and lumber power Saskatoon’s economy. About 65% of the world’s recoverable reserves of the fertilizer potash are located in the Saskatoon region.

From the Business Profile Annual Report provided by the City of Saskatoon for 2019, there were about 12,000 businesses broken down to 79% in the services-producing sector with the top sectors being Trade (wholesale and retail) and Construction. 42% of all licensed businesses in 2019 were Home Based.

The climate of Saskatoon is cold, semi-arid with warm summers and long, cold winters. The frost free growing season lasts from late May to mid September. On the shortest day of the year, the sun rises at 9:13 am and sets at 4:56 pm. The longest day of the year is 16 hours and 45 minutes with the sun setting at 9:31 pm. At 52 degrees North, Saskatoon has about the same latitude of Amsterdam and Berlin.

Two notable people who grew up in the city nicknamed ‘Paris of the Prairies’ for its eight bridges crossing the South Saskatchewan River  are “Mr. Hockey” Gordie Howe and singer Joni Mitchell.

We’ll build you a new website or fix up your old one for free!

Personal, friendly service from people in Canada who you can understand – and who understand you!

Our small, friendly Saskatoon web design team has been building, managing, hosting, and marketing websites since 1999. In Saskatoon we work out of the Wall Street Common, a collaborative workspace in Saskatoon’s historic Warehouse District.

We built our website design service for small businesses that are busy enough as it is, usually don’t have a lot of technical web expertise, and don’t need a complicated, time-consuming, and expensive boutique experience – and don’t have the budget to pay thousands of dollars anyway.

Who our customers are

We build beautiful websites and take care of everything year-round. Our web design customers can just call, email, or text with updates, questions, or for help. Then we take care of everything – fast. Website updates are usually taken care of in a day or two. If you are in Saskatoon,  Central, or Northern Saskatchewan, or anywhere across Canada we can help.

Once we have your new web design up and running, we take care of all of the important and often critical technical and search engine issues. Our Managed WordPress Hosting service means your website will load extremely fast, be monitored 24/7 for security, backed-up nightly, and we take care of all of the WordPress, theme, and plugin software updates for you. Domain name management and email accounts are also included.

We’ll build you a new website design from scratch or we’ll rebuild any old, broken, ugly, out-of-date, or just too expensive website. The process can take as little as a week. Then we help our web design customers year round with website hosting, email account management and support, domain name renewal, and any updates and web design changes they have.

For web marketing and SEO, we take care of optimizing each web page of your website for the phrases that your potential customers are searching for, and we make sure your website is sending out all of the local signals the search engines are looking for whether your customers are in Saskatoon or around the world.

We’ll build your new website for free and our ongoing service is only $65/month when you pre-pay for the year. This includes your domain name and 5 matching email addresses, 12 hours of website updates, help, and support just a call, email, text, or click away.

We Make It Easy - and fast

When you have something to add or update for your website, you can easily update your website yourself (we’ll show you how), or like what most of our customers do, you can just call our Saskatoon web design team or email your updates and we’ll take care of it – usually within a day or two.

Get Started with our Saskatoon Web Design Team 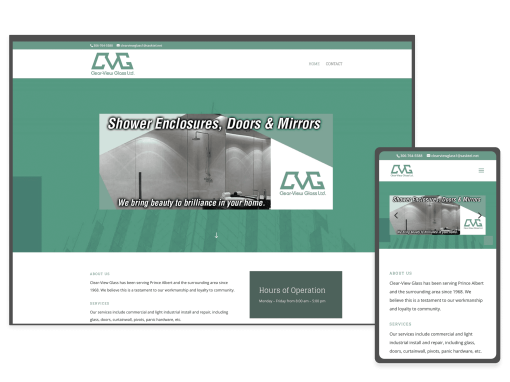 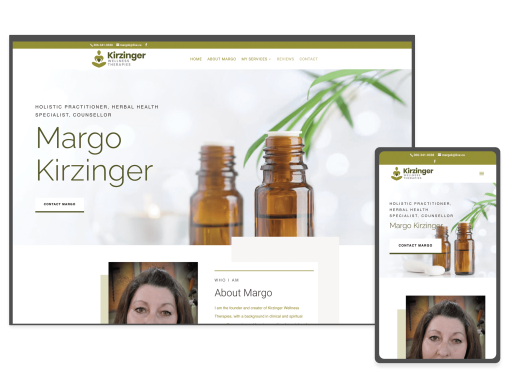 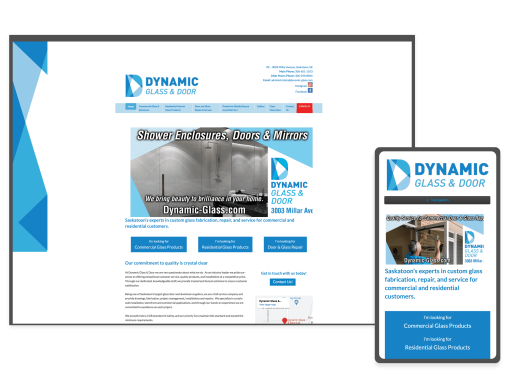 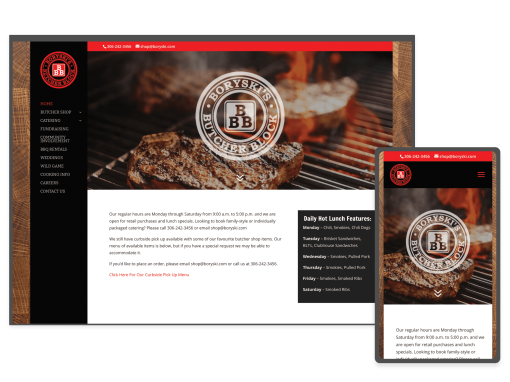 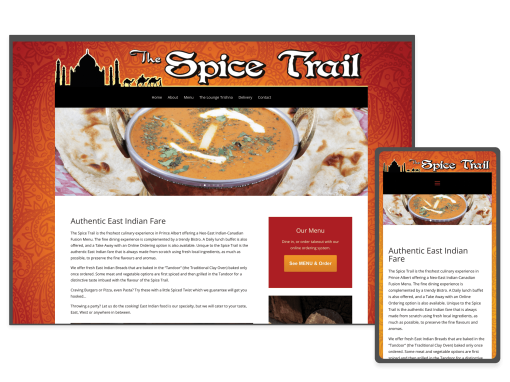 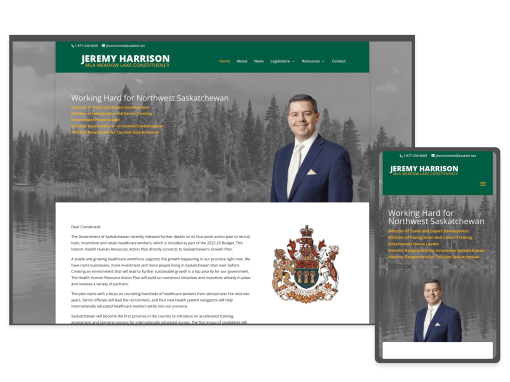 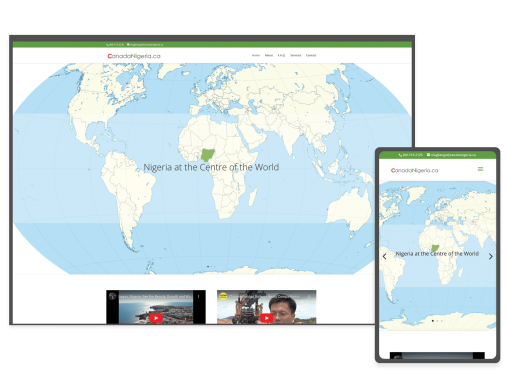 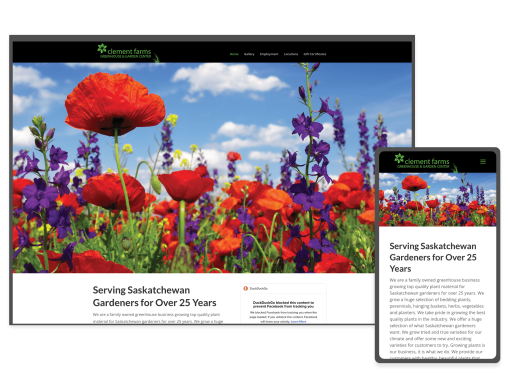 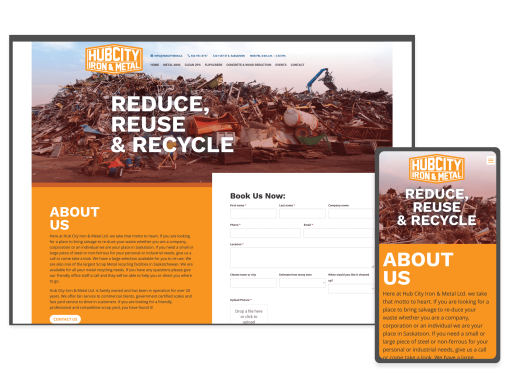 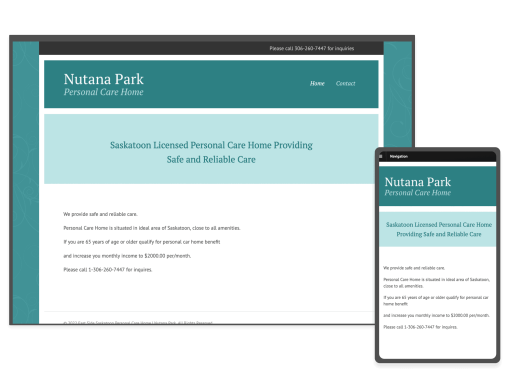 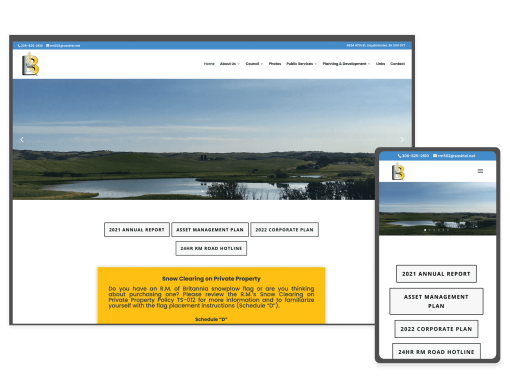 The Rural Municipality of Britannia in Lloydminster, Saskatchewan 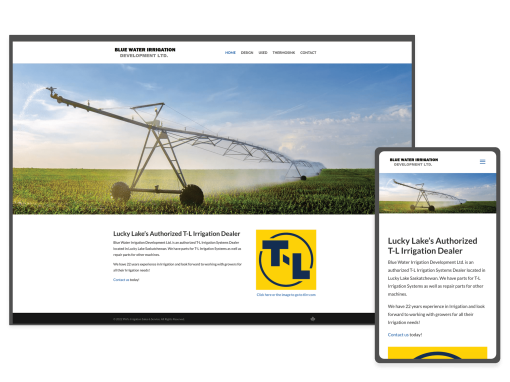 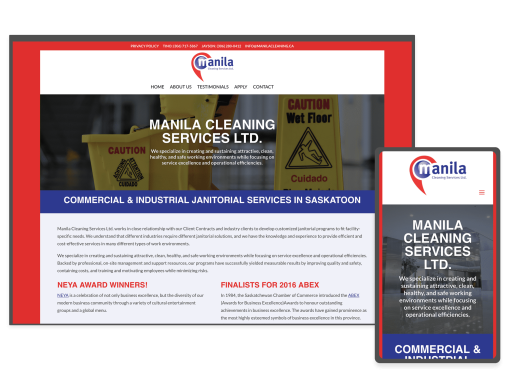 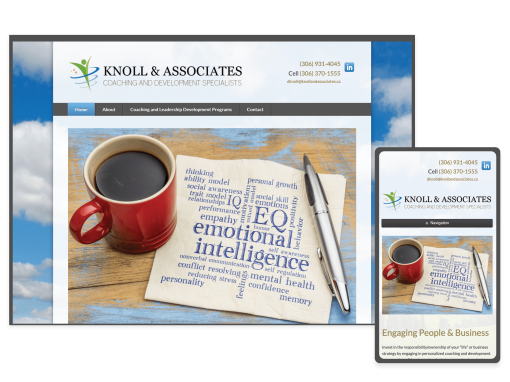 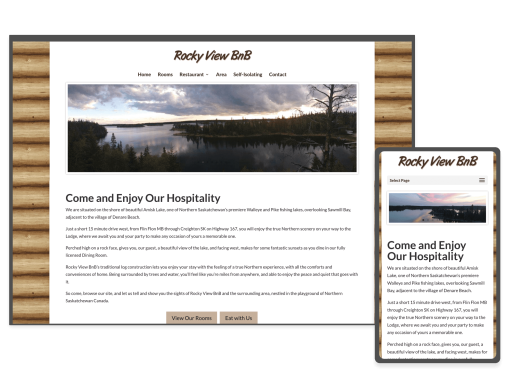 I wanted to take the time to leave my testimonial, At the time I had contacted Websites.ca I was in a critical transformation in my career. I knew I needed a company that would take charge by listening to my needs and bringing them to fruition. In a very short and concise meeting by phone, Sean provided solutions and tech experience and plans moving forward right to completion. As our business changes our website needs changed leaving us in a situation where we left Websites.ca. At this point a far less reputable company could have milked me and I would have known any wiser. Ryan and his crew have not only been honest, but have also helped facilitate the move to the new provider. I will not hesitate to use these folks again. Top Notch Service

This company is not your one-time salesperson who contacts you a hundred times and disappears as soon as you buy their service. I've talked to Ryan Desmarais of Websites.Ca years back but wasn't ready to go on board at that time and decided to go with a giant player. After years of not really being happy, I contacted Ryan and told him that I wanted him to fix our website. And that's what he and his team did for us. Their way of involving you in the whole process of building the website is so much different from the last provider that we left. There's so much value in their service. And as I have said, they don't disappear as soon as they get their sales.

Websites.ca has developed and hosted my website for the past 5 years. i have been really impressed with the quality & customer service over the years. i would absolutely recommend them for someone looking to start up a website for their company!

GCR Agencies has been using Websites.ca for many years and recently they helped revamp our website and give it a more modern face lift. They have always been very professional, helpful and reasonable when it come to pricing. We would happily recommend Websites.ca to anyone who is looking to either create a website, revamp an old one or anyone who is looking for a partner that handles emails and productivity products from Google.

My experience with Websites.ca was positive every step of the way! From the initial assessment of my needs, to customized recommendations, expedited website design and efficient response to emails regarding inquiries and requests for change ... Websites.ca delivers on exceptional customer service! In addition, the Website Designer was intuitive and creative in putting my colour preferences and vision into a live website. Thanks again!

Have been working with Ryan and the team for a few months now. They are a super responsive and capable group. We have requested multiple complex changes and they are always fast and precise and the communication is great. I highly recommend Websites.ca.

Love, love, love this company. Not only are easy to work with but they listen to what you want and need and deliver results above and beyond your expectations.

Websites.ca has been phenomenal with our website. The patience and understanding they have shown is exceptional. Any changes, adds or adjustments that need to be done are completed in record time. The support team and front office are true professionals.

Website.ca support team was very helpful in setting up and helping with the design of our website. I would recommend them. They also showed good support after the fact when our website was up and running but needed to be updated.

I am very pleased with the service and price of WebsitesCA INC. It fits well with my needs and I highly recommend their service.